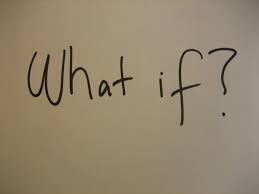 One of the subjects I touch on briefly in my new book, To Lead, Follow, is where leaders spend their time thinking.  Leaders need to learn from the past, live in the present and plan for the future, so it is vitally important for a leader to be aware of the time perspective where they are spending their time mentally.  Dwelling on the past too much is not good, and neither is spending too much time in the future.  The key is finding the proper balance between the past, the present and the future.

One leader I worked with recently was stuck in a rut, kicking himself for mistakes that were made in the past.  He is the president of a company in a competitive market, and the rut he found himself in was making it difficult to implement changes to keep his company competitive.  He was mentally stuck in the past with negative thoughts, regrets, and too many “what if” scenarios.  It was preventing him and his company from moving forward! 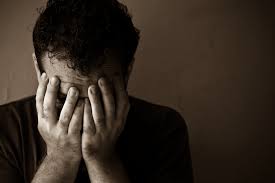 That’s why a similar group of studies recently caught my attention.  Psychologists at the University of Virginia, the University of Western Ontario and elsewhere, asked study participants to think about an event or some aspect of their life, and to imagine that it turned out worse than it actually had.  For example, one study asked students to remember a test they had taken where they received a low score, and asked them to imagine that they received an even lower score.  In another study, participants in romantic relationships were asked to imagine never having met the person with which they were romantically involved.  This mental exercise is known as downward counterfactual thinking, imagining worse outcomes than actually happened.  Now this is where it gets interesting.

When you imagine worse outcomes, apparently it makes you appreciate the actual outcomes more!  Downward counterfactual thinking could be the boost you need to not only deal with past negative events, but to cope with all kinds of challenges.  Sometimes when we feel overwhelmed or not good enough, it helps to realize that things could be much worse, and gaining that perspective helps us truly appreciate and understand what we do have—even if it isn’t perfect!

My friend that I mentioned above greatly benefited from this mental shift and so did his company.  It helped him to take a step back and shine a more positive light on the past that he was unhappy with.  Sometimes this simple shift is what we need to be able to move forward and focus on the present.

If you find yourself thinking “what if…,” maybe thinking about a worse outcome could give you that mental burst you need to get over that bump in the road on the road to success!