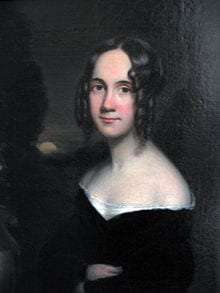 Thanksgiving Day has always been my favorite holiday, a special day of being thankful for my family and friends and the love we share, celebrated by a great feast.  When I was a boy, we always celebrated Thanksgiving Day with my mom’s side of the family.  Mom was one of ten children born to Georgia and Randel Gholson.  They lived on a farm and when the Gholson Family met at their home on Thanksgiving Day, that meant over 40 people in attendance, mostly made up of my cousins.  We had great times running through the woods and playing in the barn on their farm.  Once Grandpa passed away and Grandma moved into town, we held the feast at our house.  Behind our house was a park where we always played football before the big feast.  There are many memories of chaos, camaraderie and home cooked cuisine, along with all the love that made it happen.

New York was the first of several states that made Thanksgiving Day an official holiday.  Of the states that celebrated Thanksgiving, they all celebrated on a different day. Many states, particularly those in the South, were oblivious to this emerging tradition and holiday.  That was, until Sarah Josepha Hale, (you probably know her most famous work as an author, “Mary Had a Little Lamb”), provided leadership and launched a campaign in 1827 to establish Thanksgiving as a national holiday.  Talk about a woman with patience!  It took her 36 years, during which time she published magazine articles and editorials along with countless letters to governors senators, presidents and other politicians.  Finally, in 1863, at the height of the Civil War, President Lincoln signed a proclamation for all Americans to ask God to “commend to his tender care all those who have become widows, orphans, mourners or sufferers in the lamentable civil strife” and to “heal the wounds of the nation.”  The last Thursday of November was established as Thanksgiving Day until 1939, when President Franklin D. Roosevelt moved the holiday up a week in an attempt to spur retail sales.  Yes, even back then, holiday commercialization was an issue.  President Roosevelt’s plan became known as Franksgiving, a label dedicated to the divisiveness of this issue.  In 1941, he reluctantly signed a bill making Thanksgiving Day the fourth Thursday of November,

If it were not for the perseverance and leadership of Sarah Josepha Hale, and her 36-year campaign to make Thanksgiving Day a national holiday, who know how things would have turned out.