Grecian Formula is a men’s hair coloring product designed to cover-up gray hair.  Not too long ago, Grecian Formula was running a television commercial about a prospective employer considering candidates:  did they want to hire someone with experience or someone with greater energy?  The implication was that a youthful look was preferred.  Leaders need to have both experience AND energy to be effective, regardless of the number of gray hairs on their heads.  As I accumulate more experience, I get ticked off with messaging like that in the Grecian Formula commercial.  That being said, since the 2008 recession hit, I know several people with experience who were unexpectedly looking for a new job opportunities.  I also know several who covered up their gray hair.  A recent study supports the idea of looking younger, not necessarily to find a new job, but that a youthful look does benefit your health and your longevity. 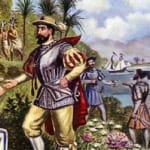 Researchers at MIT and Harvard examined how superficial cues of age, like gray hair, affect health and longevity.  As it turns out, you really are as young as you think.  For the study, women were invited to a hair salon where they had their hair colored and/or cut.  Researchers found that the women who thought they looked younger afterwards had a lower blood pressure compared to before.  In addition, photographs were taken of each woman.  Strangers were then asked to examine the photographs and identify who looked the youngest.  Raters were consistent; the women who thought they looked younger after the “cut and color” were also selected by the raters as being younger.  But here is the big surprise:  the hair of all the women was cropped out of all the photographs.  Confidence in your appearance may actually make you look younger!

Did you know that women who have children later in life live longer than women who had their children earlier in life?  Did you know that men who experience baldness early in life are at greater risk of developing prostate cancer and coronary heart disease?  Baldness does not cause cancer nor does it cause heart disease.  The researchers hypothesize that women who live longer who have children later in life are surrounded by more signs of youth as they age.  Bald men perceive themselves as older and therefore experience health issues related to age.

Leadership has a positive connotation in our society.  Along with that comes a sense of health and vitality and the idea that leaders lead by example.  Whether you use Grecian Formula or similar products or attended the Ponce de Leon School of Leadership, effective leaders lead with experience AND energy while setting a healthy example.  Effective leaders choose success along with a mind-set of success.  You are as young as you think you are.  Be the leader you want to be!