“I don’t get no respect!”  That was Rodney Dangerfield’s classic line as a stand-up comedian.  I found his self-deprecating jokes hilarious!  His appearance, body language and one-liners were so funny with unexpected twists and turns.  Here are some of his great ones:

When I was born, I was so ugly the doctor slapped my mother.

My wife and I were happy for twenty years, then we met.

I told my psychiatrist that everyone hates me. He said I was being ridiculous – everyone hasn’t met me yet.

I could tell my parents hated me. My bath toys were a toaster and a radio.

This morning when I put on my underwear I could hear the fruit-of-the-loom guys laughing at me.

When I was a kid I got no respect. The time I was kidnapped, and the kidnappers sent my parents a note they said, “We want five thousand dollars or you’ll see your kid again.

I tell ya when I was a kid, all I knew was rejection. My yo-yo, it never came back!

One day as I came home early from work, I saw a guy jogging naked. I said to the guy, “Hey buddy…why are you doing that for?” He said, “Because you came home early.”

My psychiatrist told me I’m going crazy. I told him, “If you don’t mind, I’d like a second opinion.” He said, “All right. You’re ugly too!”

A girl phoned me and said, “Come on over. There’s nobody home.” I went over. Nobody was home! 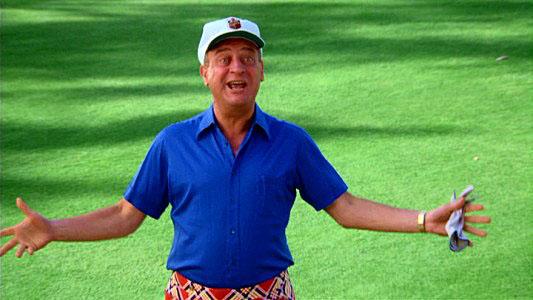 Rodney could get pretty edgy with some of his jokes.  I named this week’s article after one of my favorites:  “The first time I had sex, I was scared to death; I was all alone!”

What do I mean by “The first time I provided leadership, I was scared to death; I was all alone!”

Effective leaders have a solid foundation on which their leadership is based.  That foundation is self-knowledge, or what I refer to as INTRA-Personal Leadership.

Worldview is made up of core values leaders have adopted over time as the result of the people who have influenced them, the experiences they have had and the beliefs they hold.  A leader’s guiding principles are contingent on their worldview.  A continuous learning process helps leaders evolve in every way, but of particular importance is the evolution of their worldview and guiding principles.