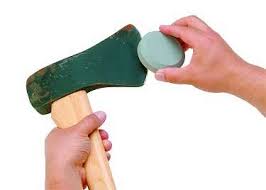 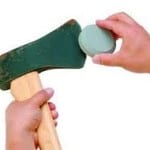 Two guys are chopping wood with an axe.  One guy is going non-stop, determined to finish the job.  The other guy takes several breaks, taking a seat beneath a nearby shade tree, seemingly taking a nap at times.  At the end of the day, the guy chopping wood non-stop became very frustrated when he realized that the guy who took naps had chopped more wood.  When asked how he did it, nap-guy confessed that while it might have looked like he was napping, he was actually sharpening his axe.  Abraham Lincoln used to love telling this story to make a point, and the moral of this story is still meaningful today.  The truth is, to become more effective at anything, leadership included, you need to take breaks.

Anders Ericsson at Florida State University researched high-performing individuals and found that if you want to be a high-performer, you need to spend less time working on being one. Ericsson examined musicians, athletes and other high-performing individuals and found that those who excel at an elite level typically practice their craft uninterrupted no more than 90 minutes at a time. Elite producers begin in the morning, take a break, and rarely work more than 4 ½ hours.  Ericsson concluded that you must prioritize your most important work to the time of day when you have the most energy and monitor your energy level.

So how does this research make a leader more effective?  If nothing else, it should encourage all leaders to take breaks throughout the day.  Being an effective leader doesn’t mean that you have to log more hours than anyone else.  Stop going pedal-to-the-metal from early to late.  Take breaks during the day.  During those breaks, sharpen your axe.  Get out from behind your desk and strike up some casual conversations with others in the organization.  Take a walk.  Clean the bathroom.  Visit a patient.  I’m sure there are lots of ideas you can think of, the key is to do what high-performing leaders do, take a break!