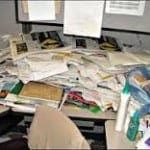 Have you ever returned from vacation only to be greeted with a seemingly infinite number of messages and emails?  You come back refreshed and energized only to be buried alive in things to do?  I’ve even caught myself asking, was worth taking the time off?  The answer of course is yes, getting away from work and completely disconnecting is critical to being an effective leader.

In 2006, Ernst and Young conducted an internal study of its 50,000 employees and discovered that for each 10 hours of PTO taken, year-end performance review scores improved 8%.  In 2012, a Harris Interactive survey found that American workers left an average of 9.2 PTO days unused, which equals 73.6 hours.  Based on Ernst and Young’s study, that equates to a 59% improvement on a performance review score that is NOT being realized!

The recession has made an impact on people taking time off and disconnecting.  Many fear losing their jobs if they take too much time off or don’t make themselves available while they are off.  Fear may make that a reality, but research says otherwise.