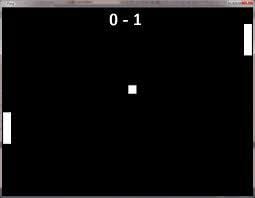 Change is an inevitable part of life, an inevitable component of leadership.  We all have an intellectual understanding of this concept, but often go out of our way to prevent change from happening.  One of my favorite expressions is, “Everybody wants things to get better, but no one wants things to change.”  Inside our brain we know that nothing stays the same forever, we want things to get better, but please don’t make ME change.  I’m good enough the way I am!  Why should I have to change?

Leadership is all about change: implementing change, communicating change, developing change strategies, understanding change and what it means, etc.  Change can come fast and furious and seem overwhelming at times.  Leading change versus being consumed by change is critical to an organization.

Leading change within an organization is an important component of leadership that receives a great deal of attention.  In my mind, an even more important aspect is internal leadership change or change from within.  Leaders who aren’t effective implementing change within him or herself are going to have a difficult time implementing change with others.  Leaders who are overwhelmed by rapid change, the speed of which is real or perceived, will also have difficulty leading change.

Video games represent an industry that has undergone tremendous change in my lifetime.  The original home video game was Pong, a game where you plugged a control into your television set, resulting in a black and white image of two white vertical rectangles, one on each side of the screen.  There were two separate controls, one for each rectangle, allowing each player to move their rectangle up and down that side of the screen.  A white square “ball” would start moving across the screen horizontally at various angles.  The idea was to move your rectangle with your control to make contact with the ball before it went off screen.  Making contact sent the ball back in the opposite direction and the other player was challenged to slide his rectangle to make contact to return the ball.  This would go on back and forth until someone missed, and just like in ping pong, the player who didn’t miss received a point.  The rectangle represented a ping pong paddle and the square ball was a ping pong ball.  Pong was the first virtual ping pong game and while my description may seem archaic compared to video games today, it was the beginning of that industry and was wildly popular.

A recent study used the game of Pong to examine perceptions.  One group of volunteers played Pong using paddles that were longer than normal.  In other words, the white rectangles a player moves up and down to return the ball was longer.  A longer paddle makes the game easier.  Another group of volunteers played Pong using short paddles, making the game more difficult.  Paddle length was the only thing that differed between the two groups, everything else was the same.

While paddle length did affect the degree of difficulty (longer paddle, easier game:  shorter paddle, more difficult game) it didn’t affect the speed of the ball.  Interestingly, players with the longer paddles judged the ball to be moving significantly slower while those playing with the shorter paddles judged the ball to be significantly faster.

Metaphorically, a longer paddle slowed things down.  So how do you get a longer leadership paddle?  It starts with you!  A longer paddle equates to a solid foundation in leadership, and that means INTRA-Personal Leadership.  Understanding your worldview is a key ingredient of INTRA-Personal Leadership which is based on your core values.  And your core values are created and developed by you based on the people who influence you, the experiences that have influenced you and the beliefs you hold.  The more you understand INTRA-Personal Leadership, the more solid your leadership foundation and the longer your paddle.  A solid foundation tells your brain you are ready for success, it slows things down and enables you the quickly respond as an effective leader.