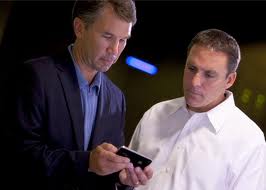 I have a good friend who seems to be consumed with being right.  When we’re talking about something and we disagree on a fact, I’ve learned that his silence means he has his smart phone out searching the internet to see who’s right.  If I’m right, the silence continues until one of us picks up the conversation again.  If he’s right, he lets me know it.  It’s a good thing we’re friends because that can be very annoying.

What about you?  Have you ever defended your decision in spite of clear evidence right in front of you that you were wrong?  I think we’ve all been guilty of that at one time or another.  It’s okay to be right, it’s not okay to be obsessed with being right.  Leaders need to look at the evidence and keep an open mind.  Doing so will lead to greater leadership effectiveness.

Please leave a comment below on what you think about this idea or share a time when you encountered someone determined to be right.