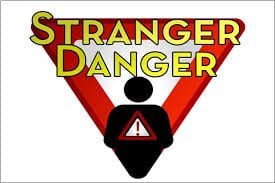 Do you talk to strangers or do you follow your mother’s advice and never talk to strangers?  When you’re waiting to see your doctor or in line for your skinny latte at Starbucks, do you get annoyed if a stranger tries to strike up a conversation?  Worse yet, when you’re packed in like sardines on your flight home and the person pressed into your personal space in the next seat wants to talk, does that annoy you?  Do you try to avoid having a conversation?  If you want to be a more effective leader, you need to learn how to say “howdy stranger!”

A Harvard Business School study concluded that talking to strangers results in happiness similar to that of chatting with family and close friends.  Talking to strangers can also be a mood booster.  Researchers had predicted that only extroverts would experience improved happiness or a mood boost, but discovered instead that any personality type gets the happiness/mood bump.

So I did a little experiment.  Recently I was at a conference where everyone was on their own for lunch and the dining options were limited.  I ended up at a food stand where the line and the wait were both too long.  But instead of getting frustrated or stressed out, I started talking to the stranger in front of me.  To make a long story short, we ended up eating lunch together, engaged in one of the more interesting conversations I’ve had recently!  The former stranger, now person, I met was a true pioneer, the first minority to break barriers in a niche industry.  A sharing of the trials and tribulations of being a pioneer were both inspirational and troubling at the same time.  I thought the world had made more progress.  It was a conversation that had a big impact on me; it was definitely a mood booster, it made me happy that I could have such an engaging conversation with someone I didn’t know, and it made me think!  It was a conversation that normally I would have totally missed out on.

The next time you find yourself in a similar situation, standing or sitting by a stranger, try your own experiment.  You could start by simply saying, “howdy stranger!”