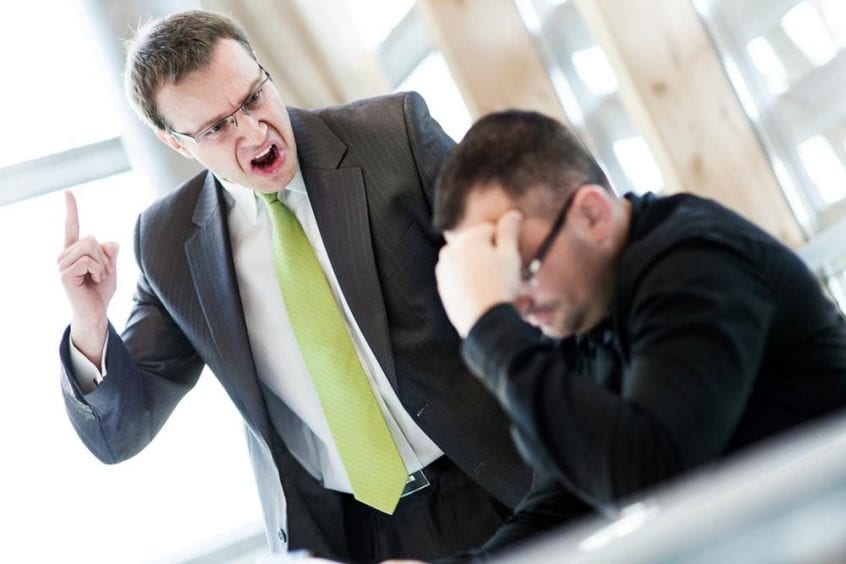 I worked with a guy once who was known for his anger.  When things were going the way he wanted, he was one of the nicest guys you could know.  When things didn’t go according to his plan, DUCK!  He could rip your head off with a tidal wave of angry exclamations with every third word being the “F” word.  At the same time, his business unit was consistently profitable, consistently hit its targets and his staff was loyal.  Anger can have value as a management tool, however, speaking when angry is “Habit #7” on Marshall Goldsmith’s list of habits that hold you back.

It’s hard to predict how people will react to anger which makes it an unreliable leadership tool.  You may have a loyal team because dissenters leave and others never speak up out of fear.  Extreme displays of anger suggest someone has lost his temper and is out of control. It’s hard to comprehend how someone out of control can be an effective leader.  And why do other effective leaders not need anger to lead successful teams?

Worst of all, a person, particularly a leader, who has been labelled as a “hot head,” may find it nearly impossible to shake that label.  That makes it difficult to change, difficult to evolve, a key component of being an effective leader.

If you find yourself wanting to speak out when you’re angry, take Marshall’s advice.  Before you start to speak out of anger, look in the mirror.  You will then see the real source of the anger.  Keep your mouth shut and no one will know.  Holding your tongue is a lot to ask, especially if it’s your natural inclination to speak out, but the payout of saying nothing will be a huge step forward toward being a more effective leader.