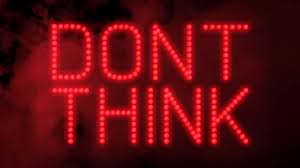 When I landed my sales job at US Surgical several years ago, I was so excited!  US Surgical’s sales force was known for being an elite group of sales professionals.  One financial article described us as the “Green Berets” of surgical device sales persons.  We loved that!

Shortly after I had completed my training, my manager decided to do a customary three-day field visit.  I felt obligated to take him to my largest account to show him what great progress I was making there.  We were able to get in front of one of the busier surgeons where I proceeded to demonstrate my incredible communication skill by asking a well-articulated open-ended question.  And, thanks to my excellent ability to ask a thought-provoking open-ended question, the surgeon obliged with a long eloquent answer.  I was so impressed with my ability to ask such a great question, I couldn’t wait to dazzle my manager with another open-ended gem.  So instead of listening to what the surgeon was saying, I was mentally crafting that next gem.  As soon as the surgeon finally quit talking (it took him quite a while because I had asked such a great question), I unloaded my next one.  After I asked it, I was shocked to see the puzzled looks on the face of both my manager and the surgeon.  What was wrong with them?  Were they blind to my superior communication skill?

Thank goodness my manager was there to bail me out!  I had thrown away all the information the surgeon had provided (and my credibility) by ignoring everything he had said, much of which needed further conversation, by asking a second question that took us in an entirely different direction!  As soon as we finished our meeting, my manager helped me learn and develop by demonstrating the skill of candid feedback.  His major emphasis was on one thing:  LISTEN!

Effective listening is part of effective leadership.  Here is an idea for you to try:  Don’t think before you talk.  The next time you are in a conversation with another person, make sure everything you say is based on the last sentence spoken by the other person.  Most people don’t really listen.  Like me in the story above, instead of listening, most people are busy thinking about what they are going to say next while the other person is talking.  Responding to the specific things the other person is saying could take your conversations to a higher level and enhance your leadership effectiveness.