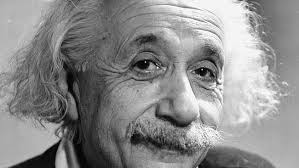 I worked for a CEO who usually considered himself the smartest person in the room.  He had extensive experience in the industry we were in and had paid his dues to work his way into the C-suite.  I say that he considered himself the smartest person in the room because every time someone presented a new idea, the CEO would say something like this, “That’s a great idea!  But it would be better if you….”  Sometimes he would say, “When I was at XYZ Company, we did something like that and here is what we found that worked.”  There are an infinite number of variations of this exchange.  My CEO couldn’t resist adding value, a variation on the need to win (last week’s article).  Do you know someone who always tries to add value?  What about you?  Do you always try to add value? 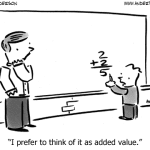 Adding too much value is “Habit #2” in Marshall Goldsmith’s list of 20 habits that will prevent you from reaching the top (What Got You Here Won’t Get You There:  How Successful People Become Even More Successful!).  Adding value may indeed improve an idea.  Goldsmith quantifies this by concluding that you may improve the idea by 5% while simultaneously lowering the commitment to execute by 50%.  Adding too much value takes away ownership of an idea.  Any gain in the value of the idea is overshadowed by the employees’ loss in commitment.