Effective leaders take pride in their communication skill.  Show me a great leader and I’ll show you a great communicator.  Show me a poor leader and I’ll show you a poor communicator.  Okay, I know I’ve said that before, but I will keep saying it because it is so true!  Every leader can improve his or her leadership skill set, particularly when it comes to communication. How many emails do you send and receive each day?  There are some days I don’t even want to know!  Email has to be the most common form of organizational communication today, internally within the organization and externally to those outside the organization. 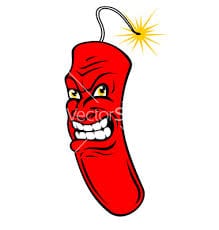 Have you ever received an email that quickly burned through a short fuse to a stick of dynamite, and you were that stick of dynamite?  Have you ever been angry over the message you read in an email only to find out later that the sender meant something different?  Or at least that’s what they said when you questioned them about it! What about the other side of that?  Have you ever sent an email to someone who misinterpreted what you said?  It’s actually quite common!

In a recent study, psychologist Nicholas Epley had study participants deliver messages by phone and by email.  The study examined two types of messages:  sincere messages and sarcastic messages.  Senders and receivers both considered themselves highly competent in their ability to send and receive messages accurately and therefore, their ability to correctly interpret the meaning of those messages.  What was discovered was that the message delivered verbally by phone had a much higher level of accurate understanding!  In emails, the true intent of the message was commonly lost.  The results of the study emphasize the significant difference between written communication and spoken or audio communication.  It also emphasizes the significance of non-verbal cues that take place during communication.  When speaking to someone over the phone, in addition to the verbal communication taking place with the spoken word, there is also non-verbal communication taking place with tone, inflection, the use of silence, etc.  In an email, all the audio cues of non-verbal communication are missing, yet email has numerous non-verbal aspects including the choice of words, grammar, spelling, punctuation, etc.  And if you use emoticons, that adds another dimension. This study puts a nonverbal exclamation point (!!!) on the idea that LEADERS NEED TO BE AWARE of how important it is to select the appropriate communication channel.  Is a verbal conversation more effective (either in person, on the phone, via Skype, etc.) or the written word, whether it’s in an email, memo, or letter (do people still write letters?)? Leaders need to consider the message being sent as both a sender and receiver for greater understanding of one’s intentions and message.  This will result in greater clarity and more effective leadership. What do you think?  Please don’t send me an email, just leave a comment below.